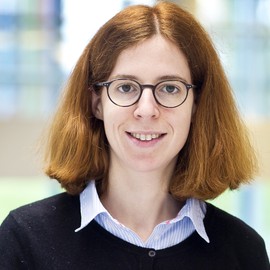 Dr. Axelle Viré is the coordinator of the Marie Skłodowska-Curie Initial Training Network STEP4WIND. She is also the recipient of the Marie Skłodowska-Curie Intra-European Fellowship ICFLOAT and the Marie Skłodowska-Curie Career Integration grant NUMIWING , all funded by the European Union. On the topic of floating offshore wind energy, she is a Principal Investigator on the H2020-WIDESPREAD project TWIND project and a Principal Investigator on a 2.8MEuro Dutch project TouchWind . Broadly speaking, her research interests are related to the high-fidelity numerical modelling of wind turbines, including floating offshore wind and airborne wind energy, for example through the AWESCO project. She currently supervises five PhD students and 1 post-doc, and has been successful in securing research funding and awards for up to 5.2MEuros as Principal Investigator and 3MEuros as Co-Investigator. She is also the coordinator of an online training course for professionals . On campus, she coordinates the Offshore Wind Energy Minor and teaches “Fundamentals of Wind Energy” to third-year BSc students. She also chairs the Faculty Staff Council. Furthermore, she was the Vice-Chair of the Marie Curie Alumni Association MCAA from 2013 to 2016.